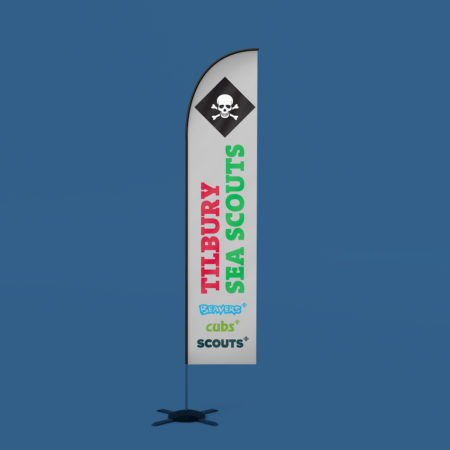 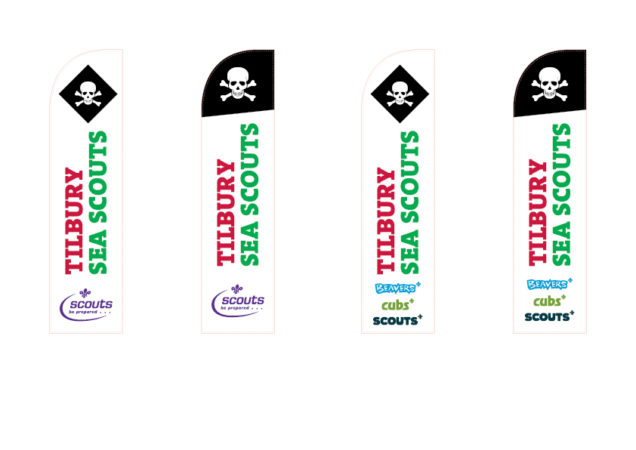 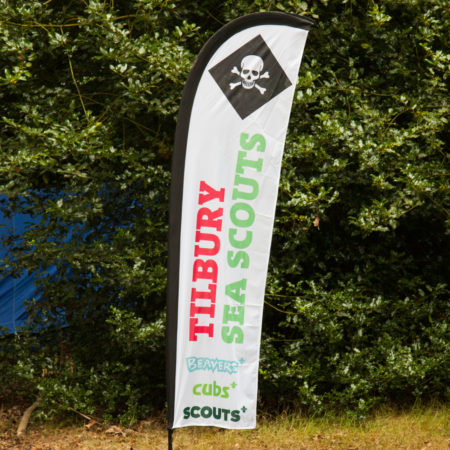 In early 2016 Tilbury Sea Scout Group asked if I could design and produce a feather flag for them that can be used as a promotional tool or at camps/events to show their presence.

I came up with the basic idea and then produced 4 different variations on that design. After the leadership team were asked which their preferred design was, I finalised and then produced the flag. The final design was option 3, the flag with the diamond badge at the top and the 3 section logos at the bottom.

The font choice, colours used and sectional logos are based on the brand guidelines from the Scout Association but elements of the Group’s identity were also included. The red and green for the text mirrors the Group’s scarf design and the diamond skull and crossbones is the Group’s badge that is worn on the scarf.