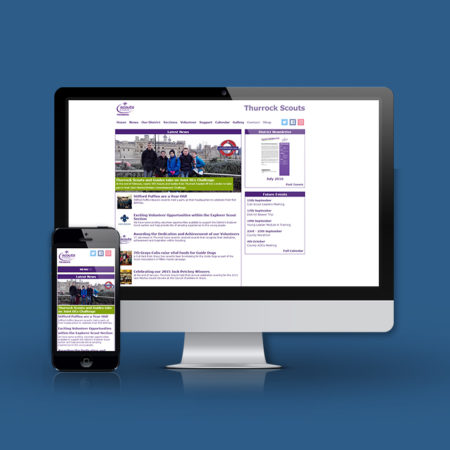 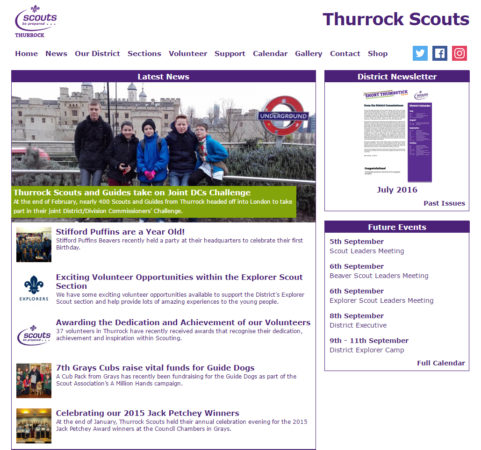 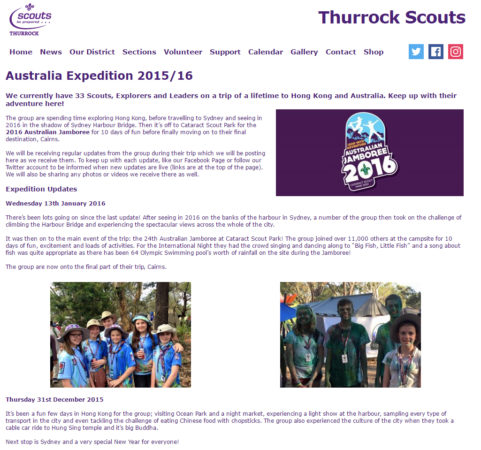 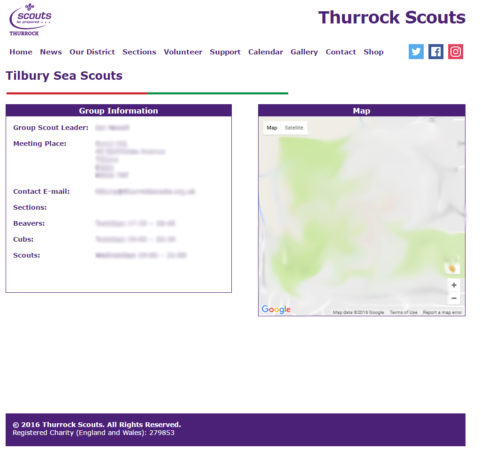 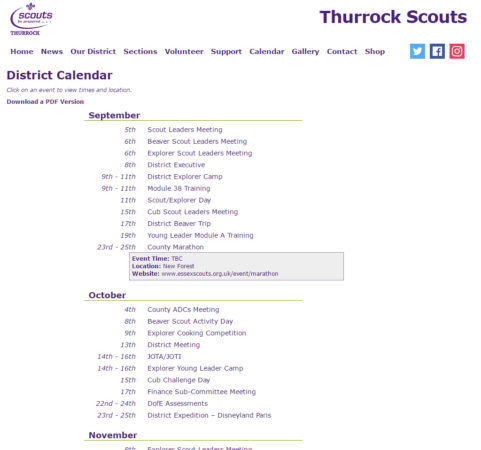 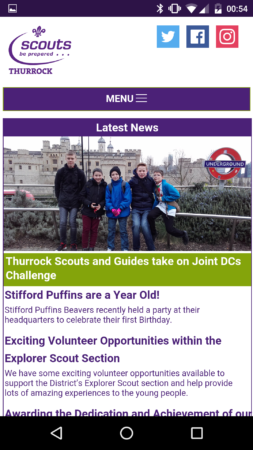 Back in 2010, I was asked to take on the administration of my local Scout District’s website. The design was very old (and using frames… *shudder*) so I decided to give the site a complete refresh and move it over to a WordPress installation. That first design was a free template I found online that I converted to a WordPress theme.

Fast forward to 2013 and my local District was merging with the District next door. (By this time, I had also taken on the role of Communications Manager and was looking after a lot more than just the website.) By now the ‘current’ site was feeling inadequate so I had made the decision to refresh the site and coincide the launch with the start of the new, merged District.

The current design was built from scratch using HTML, CSS and PHP and uses the Scout Association’s Brand Guidelines as a base for the design. It was designed to use various features of WordPress to allow the majority of the admin to be done using the graphical CMS instead of editing the code itself, unlike the old design.

For example, each calendar entry and newsletter is a post utilizing differing post categories, and custom fields to include dates/months or links to downloads. The pages for these also use custom loops and queries to separate by month or display only the latest on the home page.

Since the launch in March 2014, the site has had various features added including a form to allow members of the District to submit news stories, and a page dedicated to Adult Training which displays a sub-section of the calendar of entries with a certain post tag. A mobile-friendly version of the site has also been added.

The site is always in development as new information/page ideas come to light.