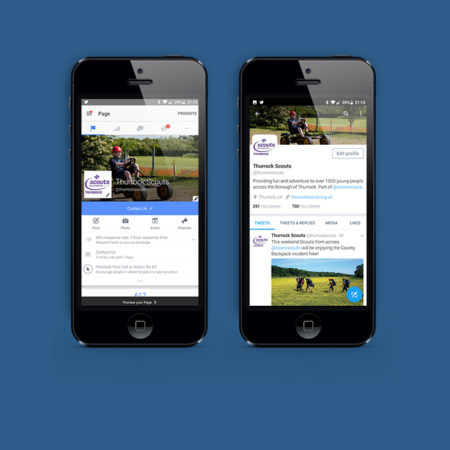 After taking on the role of Communications Manager for Thurrock Scout District, the first goal was to establish a presence for the District on Social Media. This led to me setting up and managing the District’s Facebook and Twitter accounts.

In 2015, I decided to ensure a more consistent flow of content on the accounts and started to schedule posts for every Monday, Wednesday and Friday, as well as continuing to post from District events (which are mostly on the weekend). This increase in content has seen the accounts grow to over 600 likes on Facebook and 700 followers on Twitter (as of March 2017).

In 2016, I created an Instagram account for the District which is mainly used to post photos from the various events and activities that the District runs.

I continue to manage all three accounts as part of my wider role as Communications Manager.